The Offer referenced below has expired since this posting. Please view most recent EIBs for current information.
February 16, 2021

Additionally, the Company has not agreed to an extension of the expired collective bargaining agreement as the Union stated in the below strike notice. The site has been operating without a contract since February 1. 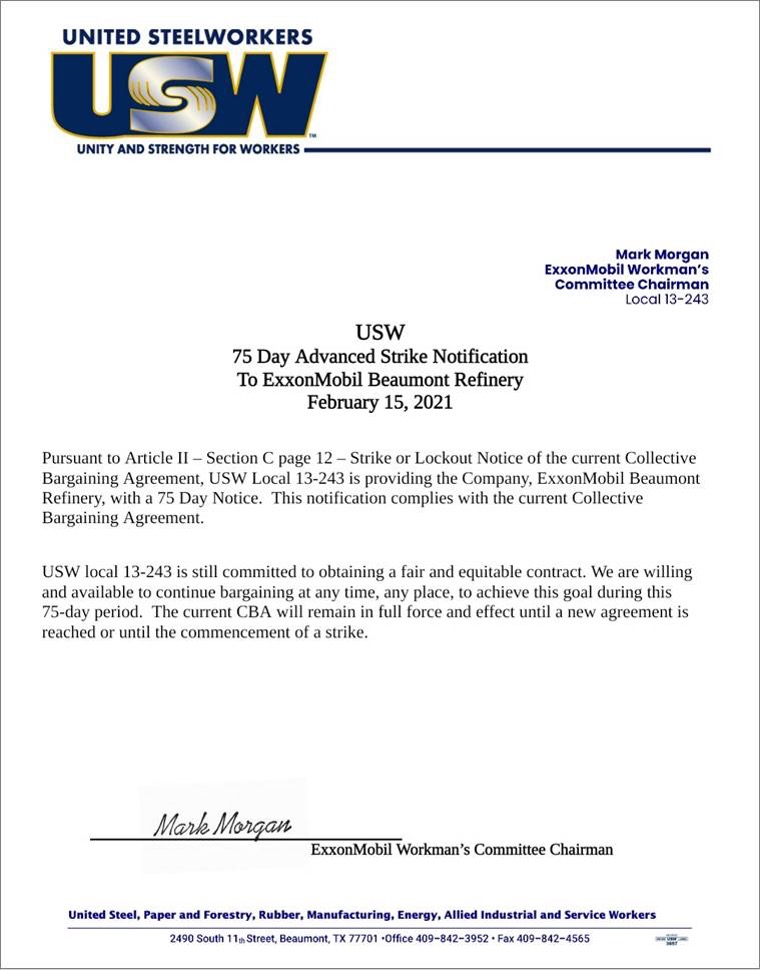